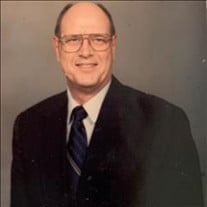 Bob Duffer arrived at Tulsa General Hospital on October 16, 1942. He took his final departure on Monday, June 7, 2021, destination: Heaven. He was preceded in death by his parents Alvin Duffer and Nola Day; his daughter, Elora Beth; his niece, Jody Tanner and his great nephew, Vince Valentin. He is survived by his wife Sharon Duffer, daughter Debby Herring and husband, Chris of Rogers, Arkansas and their two children: Caitlyn and Jordan; daughter Cassaundra Duffer and her son, James of North Richland Hills, Texas; brother, Louis Duffer and his wife, Gayle of South Carolina; brother-in-laws Ernie Utter and wife Kathy of Boring, Oregon and Steve Utter of Owasso; best friend of many years Stan Stanley and his wife, Nancy of Broken Arrow and many beloved nieces and nephews. Bob graduated from Rogers High School in 1960. He served in the United States Air Force from 1960-1964 at Lackland Air Force Base, and Andrews Air Force Base in Guam. He worked in broadcasting and communications while stationed in Guam. After returning home, he attended Northeastern University at Tahlequah for 1 year. Bob later completed his Bachelor's of Business Administration at Central State University in Edmond. Bob's passion was broadcasting. He worked in radio and tv in both Oklahoma City and Tulsa. He worked at KOCO-5 in Oklahoma City as a reporter and the morning anchor. He worked at KAKC, KRMG, KELI, KRAV-FM96 radio stations. He worked as a reporter for both KOTV- Channel 6 and KTUL � Channel 8 in Tulsa. After he retired from the Post Office, he spent years volunteering for different organizations such as Meals on Wheels, Broken Arrow and serving as a greeter at the Tulsa Airport. He was a long time member of the Park Church of Christ. Bob married the love of his life, Sharon Duffer, on March 12, 1976. They were married 45 years. Bob was loved by all of his family and friends. Memorial Service will be 10am Tuesday, June 15, 2021 at the Park Church of Christ, 10600 E 96th St, Tulsa, Oklahoma.

Bob Duffer arrived at Tulsa General Hospital on October 16, 1942. He took his final departure on Monday, June 7, 2021, destination: Heaven. He was preceded in death by his parents Alvin Duffer and Nola Day; his daughter, Elora Beth; his niece,... View Obituary & Service Information

The family of Robert Eugene Duffer created this Life Tributes page to make it easy to share your memories.

Send flowers to the Duffer family.