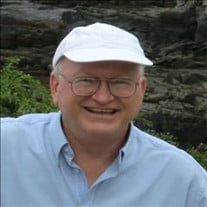 Paul Harry Stangeby, 66, passed away peacefully in his sleep on Tuesday, March 8, 2022. Paul was born April 3, 1955 in Chicago, IL to Anne and Harry Stangeby. He attended Tulsa Will Rogers High School, TCC and OSU Technology, receiving an A.A. in Electrical-Electronics. Paul also received his BA in Education from Northeastern State University and his Master of Music Degree from Southwestern Oklahoma State University. Additionally, he received his Oklahoma Teaching Certificate and taught high school band. He was proud to represent his country serving in both the U.S. Army in Germany and the U.S. Navy in Spain and Maine. While in service he continued to pursue his childhood passion for music. While in the army he was a Chaplain's Assistant and played the organ. Music continued to play a very large role in his life. His first love was the guitar but later in life his passion turned primarily to keyboards because of the versatility. He worked in various positions including an electronics technician, music professor, computer chip manufacturing, and the transportation industry for J.B. Hunt. During his personal time, he played in several bands, spent time with friends and family and he enjoyed blending his interests in electronics and music by spending long hours reconstructing amplifiers and speakers to produce incredible sound! Paul was always busy but sure enjoyed an afternoon nap. He said it turned 1 day into 2 so he was twice as productive! He was a simple person who never asked for or needed much besides his musical instruments. He was a keen listener, and sometimes unfiltered in his thoughts, but you always knew what he was thinking. He nurtured lasting friendships with many of his best friends coming from childhood, the military or one of his bands. He was a loyal brother and friend. He always showed up to an invitation! He was rediscovering his childhood church at St Luke's Episcopal Church and mentioned that for several years he had a key to access the organ/piano so he could play music. Paul was preceded in death by his parents, Harry and Anne Stangeby. He is survived by his five siblings, their spouses and 9 nieces and nephews: Michael (Anne) Stangeby of Tulsa, OK; Colin (Alison) Stangeby of Little Rock, AR; Moya (Dean) Boukacem of Tulsa, OK; Peter (Sandy) Stangeby of Oak Hill, VA; and Patrick (Sonya) Stangeby of Joplin, MO. He was loved and will be sadly missed. Memorial Service will be 11:00am Thursday March 17, 2022 at Serenity Funerals and Crematory Chapel.

The family of Paul Harry Stangeby created this Life Tributes page to make it easy to share your memories.

Paul Harry Stangeby, 66, passed away peacefully in his sleep...

Send flowers to the Stangeby family.