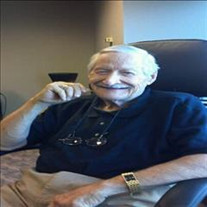 Jack E. Tucker, beloved Father of Terri McBee (Mike), Gigi Meyer (Rick), Jovanni Slankard (Jeff) and Jack Tucker (Ronnie) passed from this life on January 19, 2021. Jack is survived by his brother Bill Tucker, Sister In Law Doris Ballard (Gayle) and Verlie Reed (Frank) with multiple nieces and nephews. Jack was predeceased by his beloved wife Shirley Jean Tucker, and his first son, Larry Jay Tucker, his Mother Zelma Tucker and Father Edmund Tucker, brother Ed Tucker Jr. Jack moved his family and three daughters to Tulsa Oklahoma in 1962 from Oklahoma City to help manage a freight line where he worked tirelessly to build it into multiple terminals and several cities as well as two states. In 1963 Jack and Shirley welcomed their beloved son Jack and with three older sisters life would surely change for the Tucker Household. It soon became a family business as each of his children at one time or another joined forces to help move the freight, answer phones, dispatch drivers, collect billing fees and more. At home Jack kept busy with his family. Dad worked hard but in spite of running a large corporation he found time for family camping trips, vacations, fun trips to Oklahoma City to visit with cousins and grandparents where he taught his children to sing. One of our favorite songs was "You Are My Sunshine". Jack continued with his entrepreneur spirit and purchased a Marina where he and his son enjoyed many years of running a Marina. Jack soon retired and enjoyed time with this three daughters and son in family visits, holiday gatherings and road trips with his girls. Jack will be remembered for his spirit of generosity to mankind. If he saw a need, he met it, if he couldn't personally help someone who needed something, he would make sure he orchestrated the way for it to get done. His love for his family and his fellowman was his greatest legacy in life. He passed this great love of people on to his children. His motto in life was a poem he taught to his children: "This is the beginning of a new day, God has given me this day to use as I will, I can waste it or use it for good. But what I do with today is important because I am exchanging a day of my life for it. When tomorrow comes, this day will be gone forever, leaving in its place something I have traded for it. I want to be gain and not loss, good and not evil, success and not failure in order that I shall not regret the price that I have paid for it". Memorial Service will be 11:30am Saturday January 23, 2021 at Canyon Crossing in Sand Springs.

The family of Jack Eugene Tucker created this Life Tributes page to make it easy to share your memories.

Send flowers to the Tucker family.