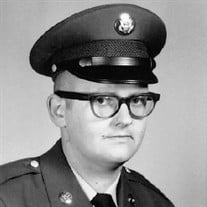 Donald was born on September 3, 1945 in Maynard, Arkansas, in Randolph County to Albert Ray Quigley and Lavena Mae Graham Quigley and died on February 8, 2022 in Claremore, Oklahoma. Donald moved to Chicago, Illinois with his parents where he started school and graduated 8th grade in January of 1960, when his little sister Linda Sue Quigley Vendetti was born. He then graduated high school on January 31, 1964. The family moved to Booneville, Arkansas in 1964 when Donald joined the Arkansas National Guard and served from October 1965 to October 1971. He was trained for Medical Corpsman and received badges in Marksman (rifle). Donald and his father owned a garage/vehicle repair facility together and worked the family business for about 20 years before Donald moved to Missouri, where he met and married Mary Faye Fox Quigley on March 16, 1990 and she preceded Donald in death on December 28, 1993. Donald later moved to Alabama, where he met and married Lois Marie Littlejohn Quigley on June 20, 1997 and she preceded Donald in death on May 16, 2012. Donald is survived by his sister, Linda Vendetti of Inola, one niece Jessica Vendetti in Oklahoma, one nephew Anthony Vendetti in Oklahoma, several great nieces and nephews, one great-great nephew all in Oklahoma, two step daughters Cherie Littlejohn and Chandra Sparks, both in Alabama along with several step grandchildren and numerous cousins. He is preceded in death by beforehand mentioned wives, his father on March 26, 1998 and his mother on July 6, 2004 along with many aunts, uncles, cousins and friends. Donald was a loving brother, uncle, stepfather, grandparent and friend. He was loved by all that knew him and will be greatly missed. Rest in peace and pain free Donald. And God's peace which transcends all understanding shall mount guard over your hearts and minds in Christ Jesus. Philippians 4:7 Graveside service were held 2:00pm Monday March 7, 2022 at the Sweeten Cemetery, Inola, Oklahoma.

Donald was born on September 3, 1945 in Maynard, Arkansas, in Randolph County to Albert Ray Quigley and Lavena Mae Graham Quigley and died on February 8, 2022 in Claremore, Oklahoma. Donald moved to Chicago, Illinois with his parents where... View Obituary & Service Information

The family of Donald O'Neal Quigley created this Life Tributes page to make it easy to share your memories.

Send flowers to the Quigley family.