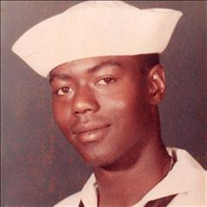 Charles Edward Clark, age 70, found passed away, January 14, 2021 in his home in Tulsa, Ok. He was born on June 2, 1950 in Kansas City, Ks. to his parents William Clark and Emma (Hanley) Clark, the second of three children born to that union. Charles was sometimes a mischievous little guy, in addition to constantly teasing and picking on his little sister for deposing him from being the baby of the family, he would pull other stunts. One example, as a child his mother, and siblings were getting ready to get on a bus. When getting ready to embark, there were two buses at this bus stop. Charles got on the wrong bus, not the one with the family. Soon his mother came to realize that he was not with them, she had the bus driver call the depot and was told that he had been taken to the police station. Once his mother arrived there and found him, he just looked at her while drinking a pop and said "mom you got lost!". Charles had a love for his paternal grandmother's cat, so much that one day she went out to find Charles and found him and the cat sound asleep in her garden between a row of plants. At the age of 4, he was diagnosed with polio following a high fever. His mother, who was a registered nurse, after giving him approximately 6 weeks of intense therapy of warm baths and exercising his legs, Charles regained his ability to walk! A lifelong side effect from having polio was that he was left with one leg shorter than the other, which was not noticed till he enlisted in the Navy, around age 20. As an older man he walked with a slight limp. He, along with his brother and sister, was baptized at St. Andrews Methodist Church, in K.C. Mo. Within the church's musical program Charles and his elder brother Wendell had the opportunity to be the sole performers in a church musical, in which Charles played the clarinet and Wendell played the piano. Charles loved reading and he would pick books from the library in the summer to read, but only liked picking books with lots of big pictures with very few words. He had a Christian elementary education, attended one year of high school at St. Paul's Lutheran School, a boarding school in Concordia, Mo. Charles did ok at this school, but decided instead to finish school at Westport High School in K.C. Mo, in 1968. Afterwards, he decided to enlist in the Navy. Graduating from the Naval Academy, he was the only African American in his company. Charles was an excellent swimmer, having been enrolled in swimming lessons every summer from a young age. He earned the right as honor man in his company. Following discharge from the Navy, Charles stayed in San Diego, Ca. He moved back to Tulsa, and was briefly married in the early 70's, however no children were born to that union or any subsequent union. Later he moved to and lived in New Orleans and enjoying working as a cab driver. He enjoyed this occupation as he could be his own boss. Charles loved eating greens. He enjoyed playing chess, going to community centers for exercise and then would stay just to play chess. He especially loved playing chess against his nephew, Justin and was always delighted to beat him in a game. Later in life Charles lived with his mother and helped to take care of her, this was a true passion of his to have that time. In his spare time, he would make money copying movie DVD's and selling them. All of his family was recipients of his gifts of movies. He was an amazing family man and will be greatly missed. Charles is preceded in death by his father, William, brother Wendell, and his half siblings David and Elizabeth. He is survived by his mother Emma, sister Marsha, sister in law Mary, aunts, uncles, and several nieces, nephews, and cousins.

Charles Edward Clark, age 70, found passed away, January 14, 2021 in his home in Tulsa, Ok. He was born on June 2, 1950 in Kansas City, Ks. to his parents William Clark and Emma (Hanley) Clark, the second of three children born to that union.... View Obituary & Service Information

The family of Charles Edward Clark created this Life Tributes page to make it easy to share your memories.

Send flowers to the Clark family.